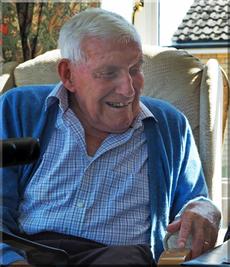 The village recently had a visit from a Mr Robert Burns and his son. Mr Burns was a wartime evacuee in Toft. We'd love to hear more from you, Mr Burns, but we don't have any way of contacting you. Please email us on our contact page.

The Society received this message from local historian Mike Petty

Cambridge News move
Those who read the Cambridge News will be aware that the paper has moved from its home at Milton to a new base along the A10 at Landbeach.  As you may also have noticed the ownership of the paper also changed some time ago.
The new owners, Trinity Mirror have announced that the entire run of the paper, back to 1888 until quite recently, will shortly be available online as part of the British Newspaper Archive platform. This means it can be read and searched, allowing all those stories to be found.
They also plan to scan the thousands of photographs and negatives the Cambridge News has built up since the 1960s. These will be available on the www.mirrorpix.com website. Researchers will also be able to visit the group's Archive based at Watford.
Since the 1960s librarians at the Cambridge News had built up extensive newspaper cuttings files on thousands of topics throughout the region, including places like Saffron Walden, Royston, Newmarket and Ely as well as all the complexities of life in Cambridge itself. These unique files were not wanted at Watford and there is no space for many of them at Landbeach. They were destined to move just across the road from the old premises to the Milton tip.
Fortunately with the support of the Cambridgeshire Collection these files have been saved. The Collection has itself maintained cuttings since the 1960s, but not in the same depth, nor over such a wide area as those compiled by their librarian colleagues at the Cambridge News. There is currently no space for them at Lion Yard so they will be stored off-site. But they will shortly be available to researchers as never before.
Throughout the 1970s, 1980s and into the 1990s it was my job to select which stories should be cut - and thus could be found more easily.
Over the last three decades I have read and indexed Cambridge newspapers for every week of each year back to 1888, looking for information I did not recall seeing before.
The result of that indexing is in your pocket on your smart phone and on your computer or tablet. Just 'Google' "Cambridgeshire Scrapbook" .
The Cambridgeshire Scrapbook runs to over 3,000 pages and more than 20,000 snippets. It is a large file, so download it and then you can search by any word. There are also 100 mini-scrapbooks on places, topics or Cambridge streets.
A Century of Cambridge News from 1888 covers some 80 aspects of the city itself including sections on planning, housing, theatre, music, education and libraries.
Both have references to the source of the information summarised. I have digital copies of thousands of these original articles. When these too are placed online (soon I hope) then you will really be able to appreciate the importance of those generations of reporters who have tried so hard for so long to ensure the complexities of life in this remarkable area can be appreciated.

The complete text of Terry Osborne's memoire My Life is now available.

The Society was saddened to hear of the death of Mr Clifford Tebbit, who died on 16th June 2018. The funeral service and burial took place at Saint Andrew's church, Toft on 25 June.

Click here to read the tribute to Clifford written and read at the funeral service  by the Revd Robert Dolman, MA. 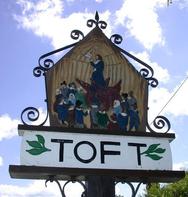 Local historian and archivist Mike Petty has provided us with access to a wealth of free online resources for the study of the history of Cambridge and Cambridgeshire. To access the material, click here.

​We've also added an account of the Great Fire of Toft.

Article by Michael McCarthy tracing the course of Toft's quest to achieve 'Thankful Village' status in 2017 now published in the Journal of the Cambridgeshire Family History Society, 2018, vol. 24, no. 1, p. 5-7.

Toft has recently been added to the list of 'Thankful Villages', that is to say villages where no-one lost their life in war service during World War 1. For more information and to view  the Toft village page, see: http://www.hellfirecorner.co.uk/thankful.htm