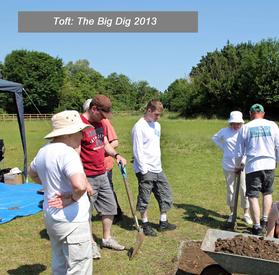 Finds included flint from the prehistoric era, sherds of Romano-British pottery, early, middle and late Anglo-Saxon and Medieval pottery. A sharp decline in pottery finds and a contraction of settlement in the 13th - 16th centuries can be put down to various factors, including climate deterioration, economic recession, wars and The Black Death. Pottery finds showed a steady recovery in the 16th - 18th centuries. 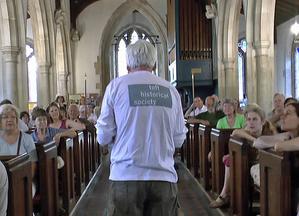 Charles Babington’s (1883) Ancient Cambridgeshire, or an Attempt to Trace Roman and other Ancient Roads that Passed through the County of Cambridge (Cambridge: Cambridge Antiquarian Society) contains the following information:

“… Toft church, near which remains were found at a place called Priory Field, not far from the brook, in December 1851, by some labourers digging gravel. At about three feet below the surface they found seven skeletons. Six of the bodies had been placed side by side with their feet towards the west, and the seventh lay across their legs. Fragments of Roman pottery, a portion of a lamp and pateræ (1) were found close by the skeletons.”

(1) A patera is a broad, shallow saucer or dish 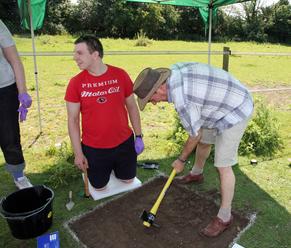 This is a selection of photographs from the dig. For more pictures, click the TOURS button on the Toft Historypin page.

Reporting the finds to the village meeting.

See also Dr Oosthuizen's article on prehistoric and medieval field systems in West Cambridgeshire and her article on medieval settlement, which uses Toft as one of its case-studies. 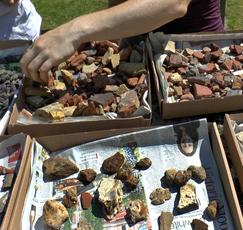 The pit teams get started

Walking the fields to plan the dig, winter 2013

In 2013, the Toft Historical Society received a UK National Lottery Heritage Fund grant to carry out a major archaeological investigation in the village, digging exploratory pits in two phases and gathering finds which were analysed by experts at Cambridge University. 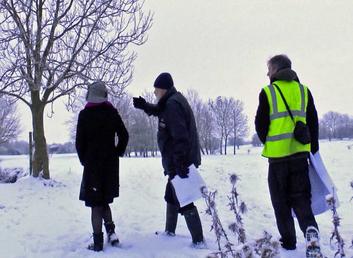 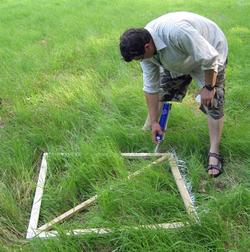