Toft is a small village in the south of Cambridgeshire, approximately 6 miles west of the City of Cambridge; the parish is intersected by the Greenwich Meridian. In the 2001 census Toft had 219 households and a population of 583. The name 'Toft' is derived from an old Viking word meaning "curtilage," or "homestead". Toft was listed in Domesday Book of 1086 (as Tofth) then having a population of about 193. 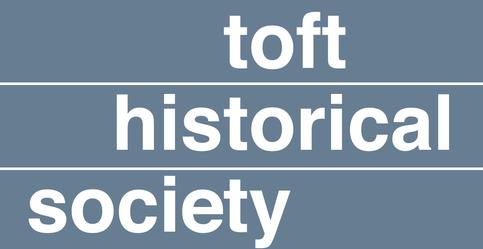 For a summary of the history of Toft,

go to the History page of the

From Walter Skeat’s The Place-names of Cambridgeshire. Cambridge, Printed for the Cambridge Antiquarian Society, 1901.
“Toft is a well-known word of Scandinavian origin; the usual sense is a cleared space for the site of a house; hence, a homestead. The Domesday Book has Tofth, owing to the fact that the Norman scribes frequently represented the English t (especially when final) by th; by which symbol they meant a strongly pronounced t, not the English th. Oddly enough, the spelling Thofte occurs in 1302, where it is the initial T that is thus treated.”

About The Toft Historical Society (THS)

THS is dedicated to recording and preserving the history of the village of Toft, Cambridgeshire, UK.

THS has a fine collection of old maps, photographs of people and places going back more than a century, videos and audio interviews with Toft residents who generously share their memories of life in the village many years ago.

THS holds a biennial exhibition, always on a different theme.

Meetings are held informally three or four times a year. All Toft residents, past and present, are welcome to join. Just contact us.